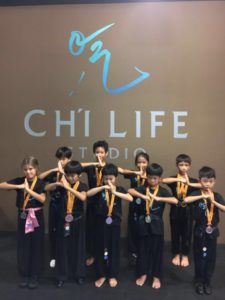 Parents who grew up with television back in the 90s will recognise the founder and kungfu shifu of Ch’i Life Studio, Robin Leong. The man with the square-cut jaw still retains his youthful looks from those days. An illustrious and acclaimed career has led Robin to establish Ch’i Life Studio in Singapore in 2002, which has since expanded into Shanghai, Beijing and the USA. In 2007, he went on to further establish the Ch’i Life Group – specializing in producing live international performances, television and movie productions, as well as local and overseas investments. 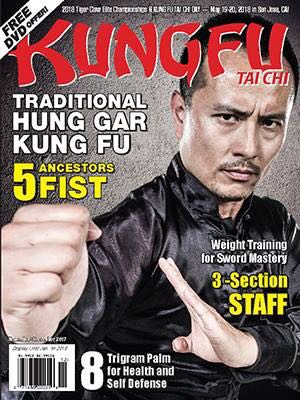 Chinese Kung Fu is a martial arts made famous by the Shaolin monks in the Shaolin temple.  Centuries ago in Ancient China, the Shaolin Temple accepted many men who were either runaways, homeless, penniless or escaping from military conscription by fully converting to Buddhism. The spiritual monks believed in harnessing the power of Ch’i that resides in their body and controlling it in a way that would feed them longevity and stability.

Today, practising Kung Fu is widely revered as a sport, which provides the same benefits as any other fields – teaching self-discipline, self-respect, perseverance and promotes mental focus.

It all seems so serious and strict but not how Robin teaches it!

Hidden behind the imposing figure he cuts is a sense of humour. His comedic chops were once lauded as “hilarious” and “brilliant”, by critics of his debut stage performance in a theatre adaptation of David Hare’s ‘The Blue Room’. 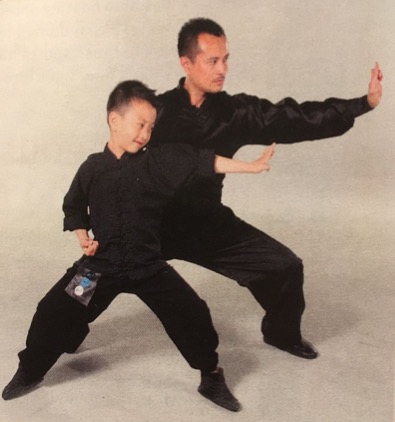 Robin and his son Lucas posing for ‘Kung Fu’ magazine, the premiere martial arts magazine in the US

That is how you can trust his Kung Fu classes will definitely not be a snooze. Otherwise, step into Ch’i Life Studio and you will hear raucous laughter and the grunting of the kids’ Kung Fu practice honing their handsets (specialised movements), doing cartwheels and forward rolls, and keeping their bodies loose and powerful with power stretches throughout. Kids who were asked about what they love about the Kung Fu classes said they enjoyed learning new moves, how they like getting encouragement by the Sihfu and how much fun they have while learning.

Robin says that Traditional Kung Fu training is quite strenuous and rigid, which is why he developed the Kung Fu Kids system in 2002 here in Singapore to introduce kids to Kung Fu in a more fun and relaxing atmosphere

In an interview he gave to Kung Fu Magazine USA (depicted above), he said

The Kung Fu Kids program keeps the traditional teachings, but adds the fun element to it so when they get to that certain level, they can go to traditional classes. It just lets them find their interests. As the traditional teaching is very rigorous, you cannot expect a 4 or 5-year old to do the horse stance for an hour without smacking them with a stick. Obviously you can’t do that. If they have a bad experience in a martial art, they don’t want to do it ever again.

Parents will also appreciate that the children are also taught respect and discipline as they practise good behaviour and habits in the classes.

Ch’i Life Studio at Claymore Connect in Orchard Road conducts Kung Fu Kids classes in a highly engaging and fun way. Besides being taught how to impress others with cool Kung Fu moves, Lion Dance and can take part in many Kung Fu games that is sure to encourage a healthy competitive spirit in the children.

Even better news for parents, the children are channelling their boundless energy into training productive skills and building character!

The Kung Fu children also get to compete in various local and international competitions, with the recent one being the 3rd Singapore International Wushu Zijin Cup Championship 2017, held at Marina Bay Sands Expo. In the first picture above, you will see the children posing with their medals from this Championship! Ch’i Life Studio kids alone won five golds, 11 silvers and eight bronze medals.

For more details or to sign up your rambunctious kid for classes, check out Ch’i Life Kung Fu Kids Packages HERE!